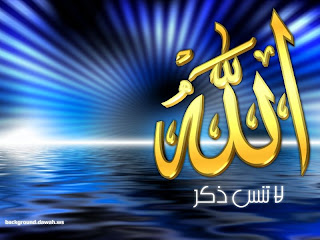 Obviously, man as a vicegerent has a noble task and a grand mission to undertake on this earth. As clearly stated in some Qur’anic verses, the essence of the mission of man has to do with faculties which are put at his disposal by his omnipotent Creator.

In this respect, the faculty of Tafakkur becomes one of the most important features that not only distinguishes man from other creatures, but also qualifies him to accomplish a role as civilization builder and mission conveyor.

Tafakkur is the Arabic term for thinking.

According to al-Fayruzabadi, who is the one of the prominent early Muslim linguists, al-Fikr(thought) is reflection upon something and afkar is its plural form. According to his view, fikr and tafakkur are synonyms and have the same meaning.

Though Ibn Manzur, who is another famous linguist, uses the same definition, he states that Tafakkur is the noun of Tafkir. He quotes al-Juhari who defines Tafakkur as pondering and contemplating.

Tafkir “thought” is an abstract notion where Tafkir of Tafakkur “thinking” is a deliberate, systematic process of reflective discourse. This is why Qur’an refers to it in multiple words and not in one single term.

Professor Malik Badri, a contemporary Muslim psychologist(also IIUM lecturer), makes a clear distinction between “Tafkir” and “Tafakkur”. Tafakkur is deeper and broader than Tafkir. Tafakkur bridges perceptions and conceptions from this Life(dunia) to the Hereafter(akhirat) and from creations to its Creator, the Almighty. This bridging is known as “I’atibar”.

Thus, Tafkir might be confined to solving problems of our present life where emotions may not be involved. However, Tafakkur goes beyond this life to a broader area “Akhirah”, and beyond the superficiality of materialism to a deeper horizon “the spirit” and by that, Tafakkur motivates all external and internal activities of the Mu’min.

Professor Badri is of the view that Tafakkur goes through three interrelated stages as follows;

v Information that comes through conception via the senses, imagination or abstract intellectual information.

v Paying closer and more through attention to that information acknowledging its authentic traits and perfect creation. This in turn, leads to astonishment and appreciation.

v Moving to think about the Great Creator. This leads to stronger faith and better knowledge about His attributes.

People differ in their levels of “Tafakkur” based on their depth of Iman, ability to focus and concentrate, emotional & intellectual state, environmental factors, degree of knowledge and familiarity with what they think about and its essence.

Qur’anic usage of the concept of Tafakkur....

The Qur’an has used the derivatives of the verb “fakkara” which is the root word of Tafakkur- 18 times;

By going through this verses one can observe the following aspect;

ü The term has been used 18 times as mentioned above.

ü The term has been used as a “verb” rather than a “noun” in all the verses i.e as a process rather than abstract conception.

ü In one verse, the verb is used in the past tense; “Al-muddathir:18”, whereas it has been used in its present tense in all of the 17 other places, which emphasizes the continuity of the process.

ü The 17 present forms of the verb are used in its plural form which implies the importance thinking in Islam or what we may call the “shuratic way of thinking”.

ü The majority of the Mufasirun interpreted “Tafakkur” as reflection and contemplation, which is a process and not an outcome.